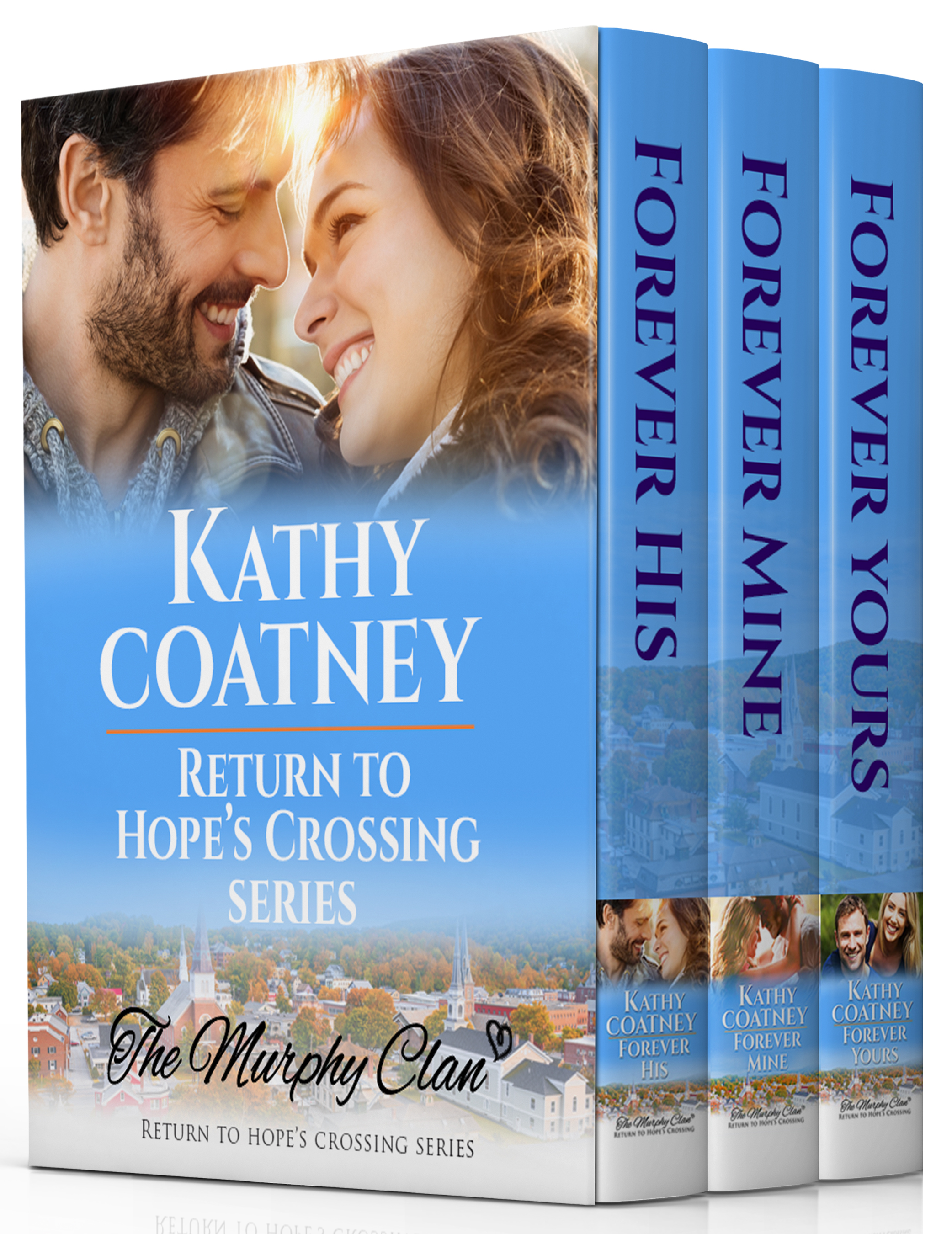 Forever His: She’s home and hearth. He’s a superstar baseball player who wanted fame and fortune.

Emma Delaney has always loved Sam Parker. In his arms, she dreams of white picket fences and happily-ever-afters—until the day he leaves her for baseball. When a knee-ending injury puts Sam permanently on the bench, he returns home to face his guilt, and the woman he abandoned for the game. The woman he can never have—Emma.

Forever Mine: He’s lost everything that gave his life meaning. She’s determined to show him that she’s his new beginning.

Cassie Cooper’s neat, orderly life is turned topsy-turvy when overnight she becomes a single mom to three rambunctious boys. Between running her beauty salon and caring for her new charges, she has no time for a relationship unless that man is Griffin Valentine. Losing his son in a car accident, Griffin Valentine, returns to Hope’s Crossing to take over a small medical practice and throws himself into caring for his patients. As much as he’s drawn to Cassie and her readymade family, the past looms over him, threatening to destroy the new life he’s building.

Can Cassie help Griffin find the courage to love again?

Forever Yours: He had the world by the tail. She’s the love he left behind.

Willa Dunbar grew up in Hope’s Crossing and planned on a career running Mumford Theater with her uncle—until they had a falling out. Over a decade later, Willa returns home to care for her uncle only to discover her first love, Ben Valentine, is living next door. Ben returned to Hope’s Crossing to rebuild his life after his baseball career crashed and burned. When he reunites with Willa, all he wants is to prove to her that he’s not the bad boy of baseball.

Can Ben show Willa he’s her one and only?

Get the box set now because there’s nothing like small town romances to warm your heart!

Copyright© 2022 Kathy Coatney.
Back to Top